WHAT IF THE EARTH YOU KNEW WAS JUST THE BEGINNING?

A New York banker is descending into madness.
A being from an advanced civilization is racing to stay alive.
A dead man must unlock the secrets of an unknown dimension to save his loved ones.

From the visions of Socrates in ancient Athens, to the birth of free will aboard a spaceship headed to Earth, The Unity Game tells a story of hope and redemption in a universe more ingenious and surprising than you ever thought possible.

Metaphysical thriller and interstellar mystery, this is a ‘complex, ambitious and thought-provoking novel’ from an exciting and original new voice in fiction.

This is the second book that I’ve read by Leonora Meriel, the first being The Woman Behind the Waterfall. It has cemented my views that she’s a great writer, particularly because the two books are just so different. For this reason, I really don’t think I could say which I enjoyed the most – they’re too different to compare.

The Unity Game is written in rotating sections, a style that I always enjoy reading, covering a host of very diverse characters. Some characters, such as David, a New York banker, are explored heavily, whilst others remain somewhat mysterious. Whether you’ve read The Woman Behind the Waterfall or not, I would highly recommend reading The Unity Game.

Spoilers (scroll past the cover image if you’ve already read this book and want to compare notes!)

David is such a well-written character. I felt true hatred and disgust towards him at times, particularly in his more violent sexual scenes, but I also managed to always want to understand what he was going through. Why was he doing these things? Was he going to be ok? Truthfully, I really liked him and found him to be a very believable character. His dream scenes were probably my favourite sections of the book.

Alisdair’s experiences were really interesting to me. I didn’t care about him so much and I’m not sure we’re really supposed to, but it was fascinating to imagine being in his shoes in the after-life that exists in the novel. It could almost be a starting point for one of Stephen Baxter’s immense short story collections, like Vacuum Diagrams or one of the Xeelee books.

The story of the alien pair was so very emotional but also strangely flat. I don’t mean that as an insult to the storytelling but more as a compliment to the range of feelings which are shown throughout the book. David’s life and experiences are so vivid and action-packed and here are these two beings… on a mammoth task yes, but ultimately experiencing something very basic.

I was a little bit disappointed that Elspeth wasn’t in the story more, but I can see why the novel needed to focus more on David. At least she got her wonderful ending!

Thank you for reading this review! I hope it inspires you to try one of Leonora Meriel’s books because they really are great reads.

3 thoughts on “The Unity Game by Leonora Meriel” 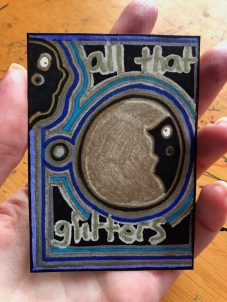 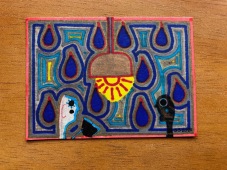 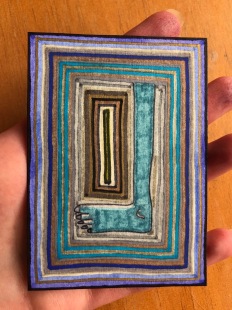 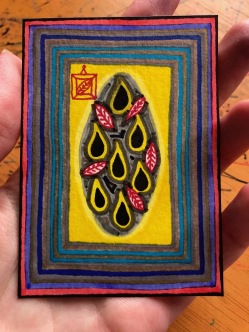