When struggling riverboat captain Abner Marsh receives an offer of partnership from a wealthy aristocrat, he suspects something’s amiss. But when he meets the hauntingly pale, steely-eyed Joshua York, he is certain. For York doesn’t care that the icy winter of 1857 has wiped out all but one of Marsh’s dilapidated fleet. Nor does he care that he won’t earn back his investment in a decade. York has his own reasons for wanting to traverse the powerful Mississippi. And they are to be none of Marsh’s concern—no matter how bizarre, arbitrary, or capricious his actions may prove. 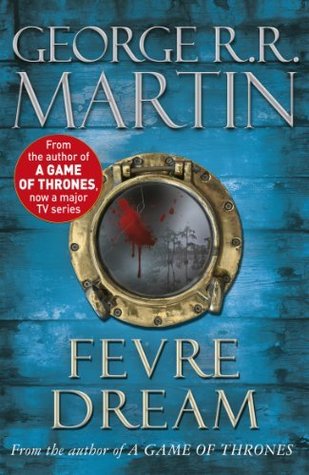 So far, I’ve read all of A Song of Ice & Fire (including spin-offs) and The Armageddon Rag. When I read the latter I was really surprised by how different it was to the former. Now that I’ve read Fevre Dream, I’m surprised again at Martin’s range of writing.

Although nothing compared to his major work (IMO), I wasn’t disappointed by this book. It’s a strangely slow and rambling tale but it’s also gripping to the end. Kind of like a cruise on an old riverboat steamer I would imagine.

My knowledge of boats and rivers is next to nothing, but I’d be interested to find out more as a result of reading Fevre Dream. It all seems so elegant yet dangerous and dirty at the same time.

Definitely recommended whether you’re a GoT fan or not. 4/5 stars.

I'm interested in all things odd, strange and unusual. I also work over at strangebooks.com and I'm an artist and teacher. View more posts