A Lot of Things You Love Were Influenced By Lovecraft

HP Lovecraft is one of those writers that’s so influential that they’re almost ubiquitous, which is just pretentious-jerk speak for “you’re totally familiar with his works, even if you’re not familiar with the guy.” For example, you’ve hard of Batman, right?

If so, you probably know that most of his villains end up at Arkham Asylum — a notoriously low-security establishment. What you probably don’t know is that “Arkham” gets its name from a fictional city in Massachusetts that Lovecraft invented as a setting for many of his stories…

…Or maybe you just watch a lot of South Park. They make C’thulu jokes a lot, actually — but some of them are pretty subtle. – Fact 1 was brought to you by Ranker

He rarely went out in public during daylight

Lovecraft would only leave the house after sunset, staying up late to study science and astronomy and to read and write. He would routinely sleep late into the day, developing the pale and gaunt bearing he is now known for. Lovecraft’s mother reportedly called him “grotesque” during his childhood and warned him to hide inside so people couldn’t see him. In 1926, he wrote:

“I am essentially a recluse who will have very little to do with people wherever he may be. I think that most people only make me nervous – that only by accident, and in extremely small quantities, would I ever be likely to come across people who wouldn’t.” 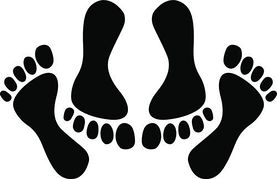 After his death, Sonia Lovecraft told a Lovecraft scholar that he was a virgin when they married in 1924, aged 34. Before their marriage, Lovecraft reportedly bought numerous books about sex and studied them in order to perform on their wedding night. Sonia later said she had to initiate all sexual activity, saying:

“The very mention of the word sex seemed to upset him. He did, however, make the statement once that if a man cannot be or is not married at the greatest height of his sex-desire, which in his case, he said, was at age 19, he became somewhat unappreciative of it after he passed thirty. I was somewhat shocked but held my peace.”

When he died of cancer of the small intestine in 1937, Lovecraft was buried in Swan Point Cemetery and listed on his mother’s family’s monument. This wasn’t enough for Lovecraft’s fans: in 1977, a group funded and installed a separate headstone. His body isn’t actually buried under the headstone, it’s buried nearby. On Oct. 13, 1997, someone apparently tried to dig up Lovecraft’s body, not knowing it wasn’t under the headstone. They dug down about 3 feet before giving up.

Both of Lovecraft’s parents died in the same mental institution

Winfield Scott Lovecraft was committed to Butler Hospital after being diagnosed with psychosis when H.P. Lovecraft was only three years old. He died in 1898, when H.P. was eight. His mother was later committed to Butler in 1919. She remained in close correspondence with her son for two years, until she died of complications after surgery. – Facts 4 & 5 were brought to you by Dark Corner

Well, there you have it! 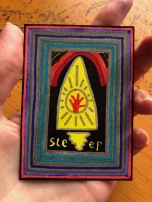 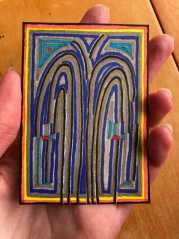 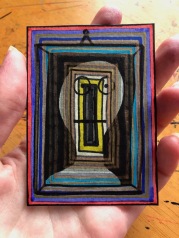