John Cage: Every Day is a Good Day from De La Warr Pavilion

Through a long career, John Cage was an important figure in the worlds of music, visual contemporary art and sound art, as well as many academic paths. He was heavily influenced by Zen Buddhism and chance methods. He attempted to make “just music” and “just art”, with no meaning or message attached to it and no concern for aesthetics, just as the Dadaists did before him.

From the late 70s until his death in 1992, Cage made prints every year at Crown Point Press in San Francisco: 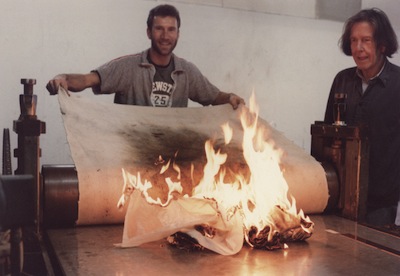