Last night I watched the amazing and mysterious Werner Herzog film The Enigma of Kaspar Hauser, which inspired me to look up the real-life man online for further information. It’s a fascinating and heart-breaking story.

Kaspar Hauser, sometimes called The Child of Europe, was found by a shoemaker near Nuremberg’s New Gate on the 26th May 1828, with a letter for “The Captain of the Fourth Squadron of the Schmollischer Regiment”, upset at having been made to travel day and night and seemingly having no knowledge about himself or his origins.

He would only accept bread and water, spitting out anything else, although he seemed very hungry. In Herzog’s film, Kaspar is portrayed as quite heroic, having a cleaner and clearer view of the world and of humanity.

Eventually he is stabbed (or did he stab himself?) and dies, overwhelmed and confused by the complexity of human nature and his own situation. Or did he know his secret all along? He was given a bag by his attacker which contained a note written in mirrored writing.

When the Captain came home, he opened Kaspar’s envelope, which contained two letters, both unsigned. – CSI

The story of Kaspar Hauser, a boy, apparently idiotic, who appeared, as if from the clouds, in Nuremberg (1828), divided Germany into hostile parties, and caused legal proceedings as late as 1883. Whence this lad came, and what his previous adventures had been, has never been ascertained. His death by a dagger-wound, in 1833–whether inflicted by his own hand or that of another–deepened the mystery. According to one view, the boy was only a waif and an impostor, who had strayed from some peasant home, where nobody desired his return. – The Literature Network

Weickmann and the servants tried to talk to him, but the only answers they got were ‘I don’t know’, and ‘I would like to be a rider the way my father was.’ Finally, thinking him some sort of wild man, they put him in the stable, where he immediately fell asleep. – Mysterious People

I highly recommend watching the Herzog film if you can find it. It’s surprising and thought-provoking and, although sad, it’s inspiring too. I’ve never seen anything like it. 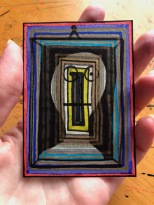 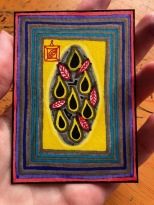 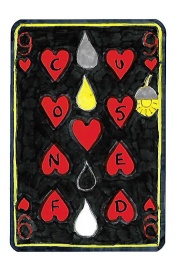 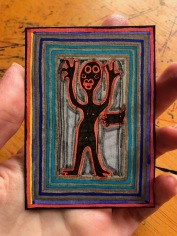 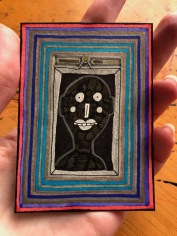