I will soon be reading and reviewing David Smith’s Letters to Strabo – in the meantime, here’s a guest post from the author.

Set in the late 1970s, Letters to Strabo is the fictional autobiography of Adam Finnegan Black, or ‘Finn’, an innocent young American who is insatiably curious about life. His ambition is to be a travel writer, like his heroes; Mark Twain, Ernest Hemingway and the ancient Greek ‘father of geography’, Strabo.

When Finn was young, his father Jerry went missing in a scuba diving accident in 1960’s Alexandria. After graduating from Allegheny College in Pennsylvania, Finn sets out to fulfil a promise made to his mother at her death.

Letters to Strabo – naming the characters

Behind every great love is an epic story waiting to be told.

My fourth novel Letters to Strabo is both a love story and a coming-of-age tale, set in the late 1970s. It takes the form of a fictional odyssey recorded with disarming honesty by my protagonist, an innocent young American writer called Finn Black. His adventures, both funny and evocative, follow closely the itinerary taken by Mark Twain on his own tour around the Mediterranean a century earlier in: The Innocents Abroad. The novel is structured around the seventeen chapters of the ancient Greek Strabo’s great work: Geographica; a book that Twain quoted from extensively in his own tale. In Finn’s words:

“I researched how famous travel writers made their first journeys for a series of articles. It fascinated me how they all took something worthwhile out of that first experience on the road, whether they later became writers, journalists or even philosophers. It opened my eyes to all sorts of new possibilities I wanted that life. I wanted to get going, to write and make my fortune. Find out what had really happened to my pa and maybe find a bit more of that mythical free love I’d been missing, too.”

Finn’s full name is Adam Finnegan Black. The ‘Finnegan’ has dual meaning. It’s a nod to Mark Twain (Huckleberry Finn) but also to James Joyce ‘Finnegan’s Wake.’ There’s a connection between these two as Joyce once joked that the end of Finnegan (i.e. the word fin in French) was such a good Twain joke that it deserved a good wake (the Irish celebration before a funeral).

I gave Finn the first name Adam, because I’d already chosen the name Eve for his pen-pal Eve, the beautiful archivist he meets at Olana in the Catskills at the beginning of the novel. Their love story is the thread throughout the book, described through her Letters to Strabo. Adam is also referred to by his friend Ahmet, a boy that Finn meets in Turkey when he shows him a photograph of Eve: “’A very beautiful woman and a very beautiful name,’ he said. ‘You know Adam means man in Turkish so it is fitting.’”

Finn’s surname Black reflects the fact that his father Jerry Black was a descendent of the US Attorney-General Jeremiah Black. Finn refers to his surname at the beginning of the novel “Well as for Black, I fear that all too well describes the recent temperament of my heart. But so be it.” Finn spends part of the novel searching to find out what happened to his father, a professional diver, when he drowned in Alexandra in 1962.

Actually giving names to characters can be a lot of fun, almost a god-like activity. One of the themes running through the novel is Homer’s Odyssey, another Mediterranean journey often referred to by Strabo in his great work. So Françoise Circe, the french girl he meets in Spain and then journeys with the Paris and Venice is a reference to the witch Circe that Odysseus meets on the island of Colchys. She invited them all to a grand feast, but one of the dishes was laced with a magical potion which changed his companions into pigs – a word Françoise quite often uses to describe men she doesn’t like: “’Come on Finn, allons nous,’ she said. ‘I don’t like that ignorant man. He’s swine. He’s likes a PIG.’”

Finn also later meets two Italians in Naples: Galatea and Martino, whose nickname is Polifemo. The latter’s subsequent death at the hands of Galatea, in Finn’s presence, is a reference to the killing of the one-eyed giant Polyphemus by Odysseus; Galatea being the “milk-white” object of the giant’s desire.

Finally the girl Nicky that Finn meets on Mykonos while he is lying asleep and naked on a lonely beach after washing his clothes: “I was woken from my siesta by a beach ball landing on my head, quickly followed by the sound of girls giggling. I realized my carefully positioned towel had fallen off my waist. I was completely naked.” She is named after Nausicaa the beautiful princess who almost steals Odysseus’s heart and leaves him a message: “Farewell stranger,’ he said. ‘Do not forget me when you’re safe at home again, for it is to me first that you owe a ransom for having saved your life.’”

David Smith is a British author who has now published four works under the Troubador imprint. His first novel Searching For Amber has been described as “A powerful and notably memorable debut” with a review describing it as “masterly and confident” and another as “Extraordinary, poetic, enchanting, sublime”. In addition to writing, he is currently CFO of a blue chip UK public company and lives near the South Coast in England with his wife and three teenage children. 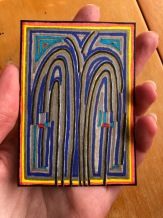 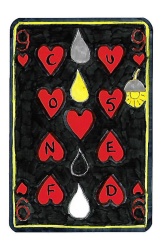 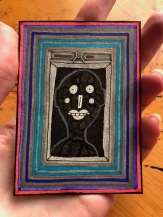 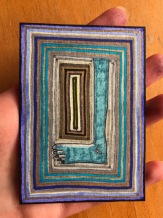 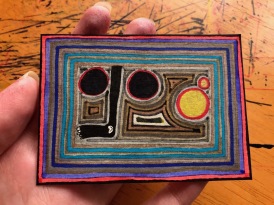 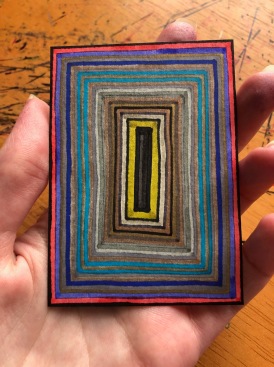 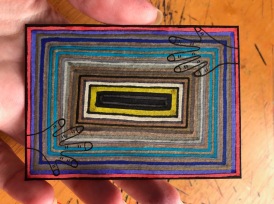 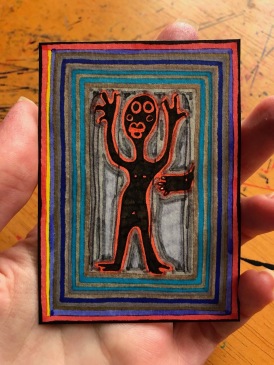